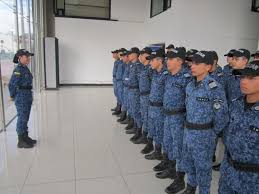 Willard College Assistant Professor of Physics, Wylie Haymen, has published a poem in the Arkansas Correctional Officers Newsletter, “The Guard.” Published bi-annually, Dr. Haymen had submitted his poem, “Seedlings Waiting,” 9 times before the “The Guard” published the four line ode which the author has generously allowed us to reproduce in its entirety.

It is time to get the fuck out of this cell

Get the fuck out of this cell.

Dr. Haymen has been assistant professor of Physics at Willard College since 1989. He recently co-chaired the President’s Forum on Assessment Alternatives and has served since 1994 on the Parking Subcommittee. He is three times divorced and has several adult children with whom he no longer speaks. Beloved by his students, his innovative teaching includes having Introduction to Physics students build model rail road scenarios in the basement of the house he shares with his mother, Henrietta Haymen, who supervised the Female Ward for the Criminally Insane at the old Willard Asylum before it was closed and became Willard College. Dr. Haymen never knew his father who came from a long line of cheese producers.